A 1990s exterior of Bush House, 21st June 2018, in London, England. The BBC World Service occupied four wings of the building. Bush House is a Grade II listed building at the southern end of Kingsway between Aldwych and the Strand in London, previously served as the headquarters of the BBC World Service. Broadcasting from Bush House lasted for 70 years, from winter 1941 to summer 2012. Sections of Bush House were completed and opened over a period of 10 years: Centre Block was opened in 1925, North-West Wing in 1928, North-East Wing in 1929, South-East Wing in 1930, and South-West Wing in 1935. The full building complex was completed in 1935. (Photo by Richard Baker / In Pictures via Getty Images) 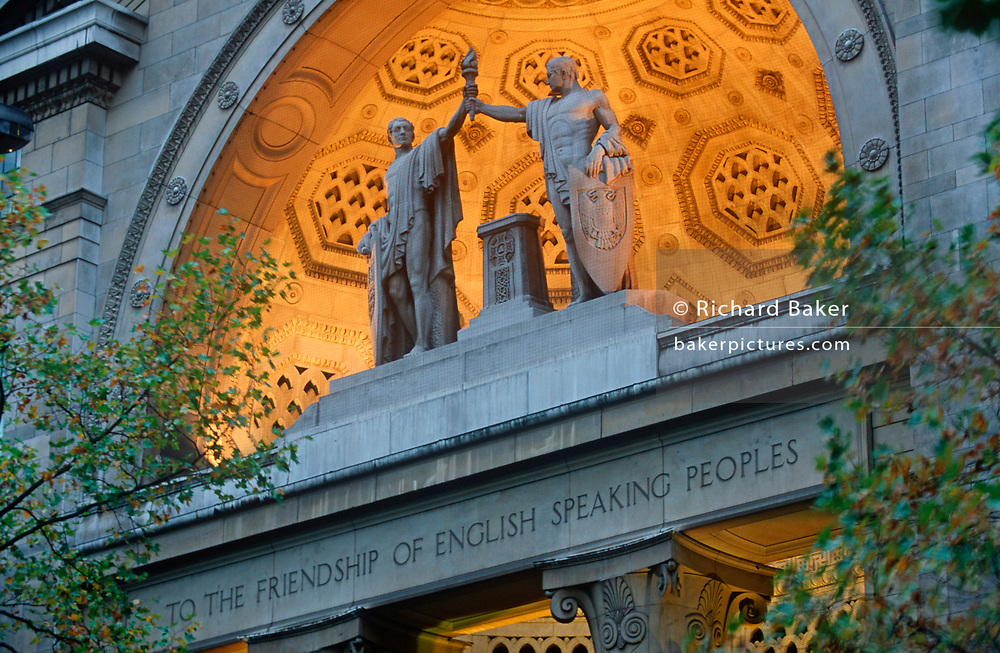