An analyst for the Enron Corporation, the American energy company based in Houston, Texas, stares transfixed into two computer monitors in the London office at Grosvenor Place, opposite the Queen's official residence, Buckingham Palace. Two Cross of St George flags perch to the tops of the screens. Informal dress was practised in this Enron company building before its eventual bankruptcy in late 2001, Enron employed around 21,000 people and was one of the world's leading electricity, natural gas, pulp and paper, and communications companies, with claimed revenues of $111 billion in 2000. Fortune named Enron "America's Most Innovative Company" but has since become a popular symbol of willful corporate fraud and corruption. 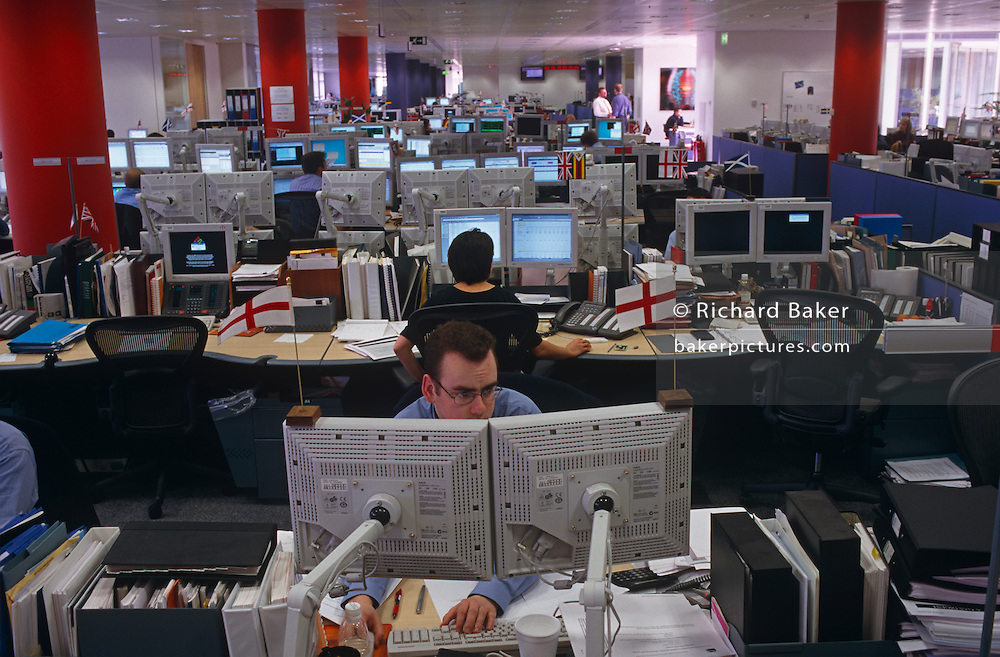