Empty landscape of still unused cycling time trials facilities in the grounds of the Tudor King Henry the Henry the Eighth's Hampton Court Palace in south west London - part of the London 2012 Olympics. The final bill for the 2012 Olympics could be ten times higher than the original estimate, according to an investigation. The predicted cost of the games when London won the bid in 2005 was £2.37billion. That figure has now spiralled to more than £12billion and could reach as much as £24billion, the Sky Sports investigation claims. The Olympics public sector funding package, which covers the building of the venues, security and policing, was upped to around £9.3bn in 2007. . 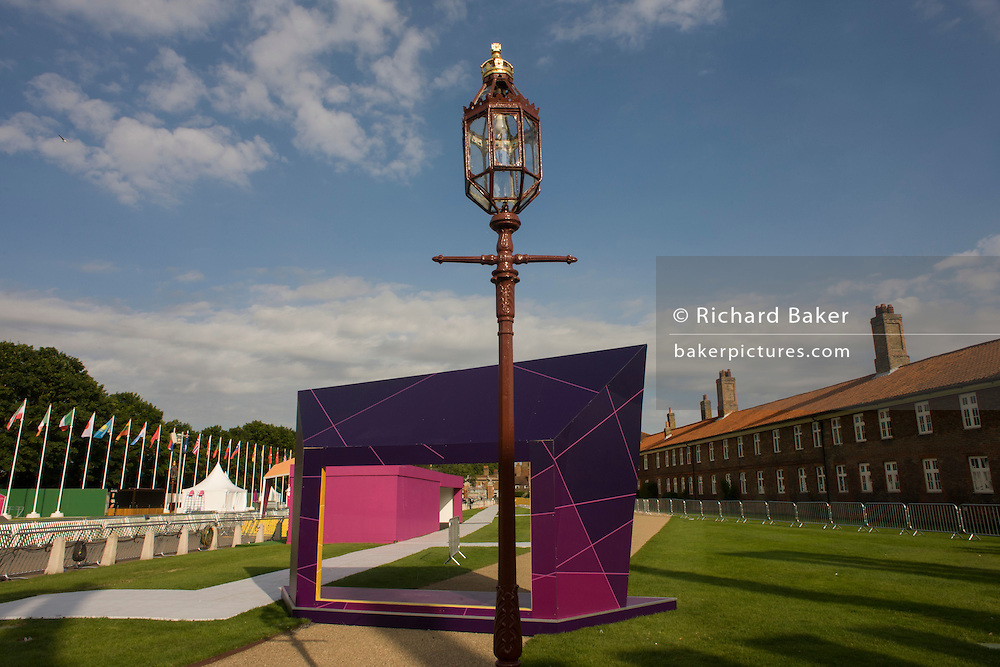